I try to make art every year to thank the readers who support me book after book, so please know that all of these pencil marks are my wordless (and now wordful?) appreciation.

The signed bookplates will go into every copy of Blue Lily, Lily Blue pre-ordered from Fountain Bookstore before the release date of October 21 (http://www.fountainbookstore.com/autograph-maggie). They'll also come with this skull doodle.

UK readers can also get a signed bookplate with every copy of Blue Lily ordered from Seven Stories.

Canadian readers can order them from Mabel’s Fables.

And if you're an Australian indie who would like to take part, please let me know.

If you've already pre-ordered from Fountain, you don't have to do anything special to make certain this will appear in your book.

One of my loves is mythology and folklore, and one of the earliest folkloric traditions I got into was Celtic fairy lore. Probably I can blame my mother for this. We were Navy brats and moved about all over, and one of the ways she would distract us children on long coast-to-coast moving trips was pointing out the window and saying LOOK! THERE! DID YOU SEE THAT FAIRY? BEHIND THAT TREE? The reasonable response would have been: No, mother, we did not, because we are traveling at 65 miles per hour and that tree is a thing of our now-distant past. But my mother was very persuasive, so instead, we always craned our necks and tried to see the fairies in between the trees or dancing on the lakes or hiding in the fog in the hills, etcetera, etcetera.

Anyway, one of the traditions around fairies is that they live in grand underground worlds, ruled over by the powerful fairy queen. Stories talk about how humans descend to this underground world and are dazzled by the beauty and wonder they see. The most beautiful citizens, the most intricate of architecture, the most delicious of fruits hanging from enchanted trees. But they also talk about how the longer you are underground — the more canny you are — the more you begin to recognize your surroundings. Because the fairy queen, for all her power, can’t create anything from scratch. She can only observe beauty and wonder in the real world, then take it for herself and assemble it in different ways. She is a thief. An artistic thief, but a thief nonetheless.

Increasingly, I’ve realized that I am very rarely creating something entirely from scratch. Instead, I am a thief as well, stealing from everything I see, everything I do, everyone I meet. And then I’m an artist — choosing carefully how to stitch them back together.

For instance, I shall set the scene. A few years ago, I began bringing a sketchbook with me as I toured. I wanted to get better at sketching people in real time, and the only way to get better in just about anything is practice.

Here’s the annoying thing about people who are alive, though, something you, too, may have noticed: they move. They move even more if they get wise to the notion that you’re sketching them. So by this point, I had begun to choose my victims rather carefully. People reading books. People staring at signs. People dozing on their hands. People studying their lunches with distrust. In this case, I was on an airplane, traveling from a tour stop to a tour stop. Normally I didn’t sketch on planes, because all you can see are the backs of people’s heads, or your seatmate, who can definitely spot that you’re sketching them, and will definitely move around, even if he or she is distrustful of his or her lunch.

Also normally I write on airplanes. I very much enjoy writing on planes, but only as long as I am in the window seat with only one flank to protect. This is because of a flight when I was trapped in a middle seat and after I wrote a joke into my novel, the man beside me laughed. I asked him: why did you DO that? And he said SORRY, it was funny. And I told him: YOU HAVE RUINED MY LIFE. From then on, I only wrote in window seats.

On this particular day, I was in an aisle seat, so there would be no writing. The seat in the middle was empty. In my coveted window seat was a young man whom I hated for being in the coveted window seat. Once I got over my resentment that he had stolen my throne, however, I realized that he was an ideal victim for sketching, as he was sitting with his ball cap pulled over his face. He was so still that it was possible he was dead. PERFECT. Dead people rarely move! I would check him for a pulse after I was done.

So I sketched him with delight, and then, a half hour later, I heard a voice.  “Is that me?” He had this real soft Southern accent — the sort I’d grown up with back in the Shenandoah Valley — and it was audible because he’d removed his hat from his face and because he was alive. I showed him the drawing. He was pleased. I told him that I couldn’t write because I wasn’t in the window seat, and it was a long plane ride, so he might as well tell me his life story. It wasn’t long enough for his entire life story, but he did tell me how his hand. I had noticed it while I was sketching: it was oddly shaped, and I’d drawn it oddly shaped. When he noticed that I noticed, he told me the tale of how he’d broken it. It turned out that, although he assured me he was a peaceful creature, he’d broken it on someone’s face. He’d been in a minor altercation defending his sister’s honor. As he was telling me this story — which may or may not have been true — I was listening to him with my mind on record. I was getting ready to steal him.

I used to steal the surface of a thing. I would have stolen that story of the barfight, for instance, and all the details around it, wholecloth. I would have recorded it as truthfully as I could imagine and I would’ve been proud of myself for accurately transcribing the human experience. But that’s bad thievery. Shallow thievery. Copying, not artistry.

Now I know that when I’m stealing someone, it’s not their details I need. It’s their soul. I’ve learned to solve for x. To simplify to the essence. It’s not about the punch. It’s about why he threw that punch. No, it’s about why he threw that punch then and never any other time. It’s about how he’s telling me the story. How he includes his sister’s honor in this story of a single, crippling punch, because her honor adds a weight that the mere velocity of the swing does not. He can’t own that punch — that single punch — even to me, a stranger on a plane, without including the backstory of its purpose. It’s about how he wants me to know that he’s not bragging about a casual barroom brawl, this hand — this broken hand — he broke his hand for a reason.

Here’s the thing: he could’ve been lying to me. His story could be completely fabricated, and then, if I stole that story, I’d be telling a lie of a lie. A copy of a copy, each version a bit less like reality. That would be bad stealing on my part.

But here is solving for x, simplifying for the truth, stealing the essence. Here was the truth, sitting beside me, a confession in the knit of his eyebrows and that soft Southern accent. Here was a boy who had lost his temper once, much to his shame, and here was a boy who had had to look at that moment every day since it had happened. Everything else was details. Just noise. But THAT was the soul: and that’s what I stole.

That boy became Adam Parrish from the Raven Cycle.

A boy who made a mistake and has to live with it every day. A boy who carries physical evidence of a moment’s anger.

Writer? I am a thief and an artist. 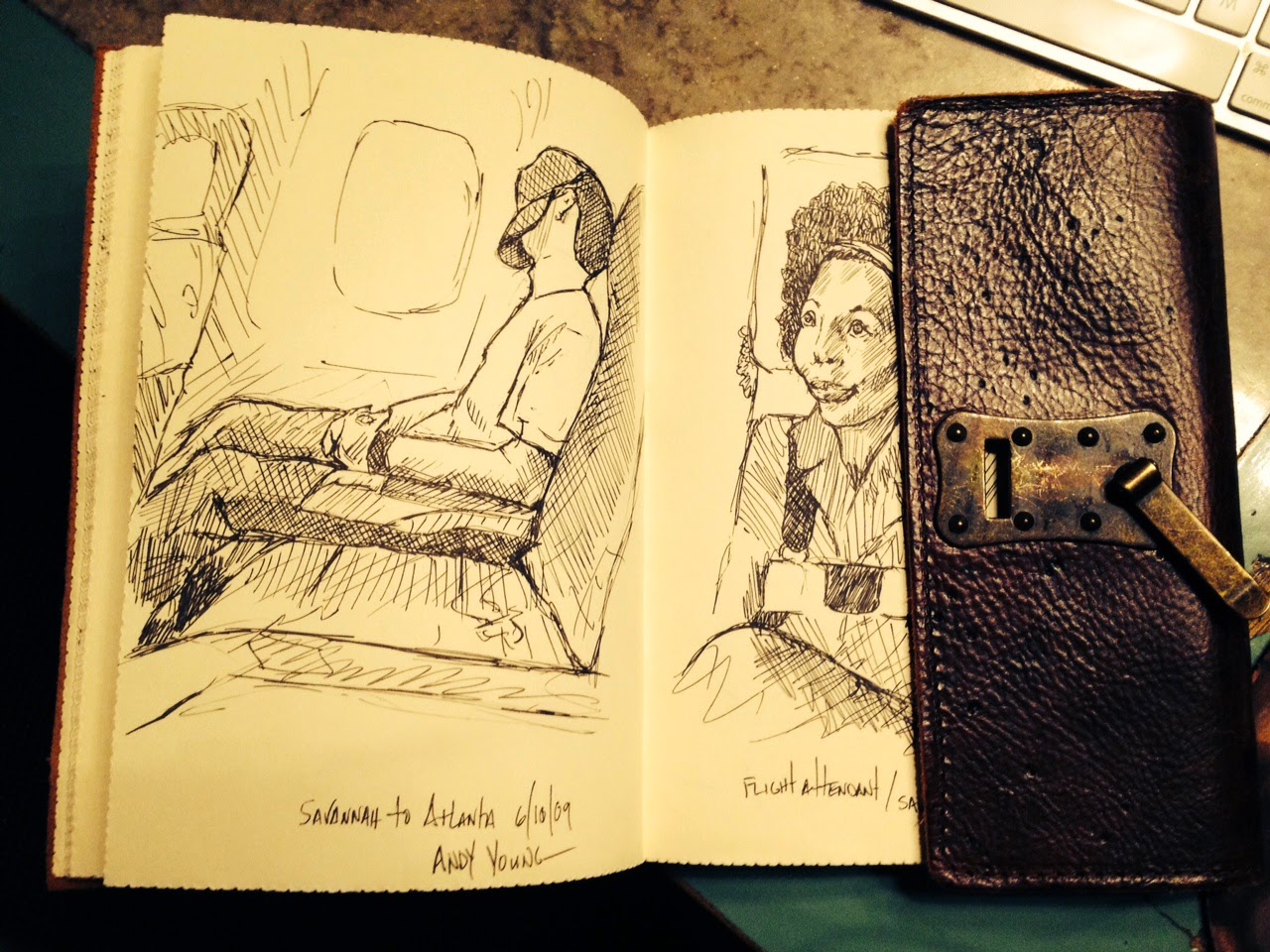