The Making of the Linger Trailer, Part Four 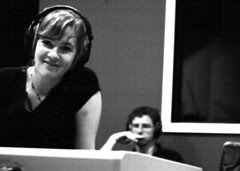 And the last one, I swear. There will only be one Linger Trailer post after this, tomorrow, to start the last contest I'm running before Linger comes out in July.

Anyway, so in the last part, all the animation had been finished. All I had left to do was the music. I finished the trailer the day before our studio appointment at Third Stream Music, and quickly discovered that the song that I'd written for the trailer was completely wrong for the mood I wanted. It was more in line with the first, jagged sketches I'd done of the trailer. Not something that would go along with clay birds and were-smurfs. So I scrapped the whole thing and watched the trailer approximately 14,000 times with my sister. The next morning, I cobbled together two of my song fragments from last year and some brand new material and tailored it to fit the visual cues of the trailer. And then we packed up the cello, fiddle, harp, tin whistles, and guitars into my car and drove to the studio with my brother and sister. 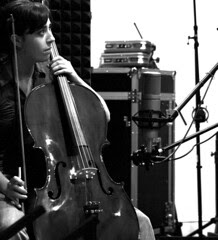 Kate is a kick-arse violinist and Andrew's a great guitarist, and both of them are fantastic improv musicians. It's really satisfying to brainstorm on the fly and come up with something you didn't expect. My favorite part, however? Playing the cymbal with those little furry mallets. It’s SUCH as satisfying sound. When I wasn’t playing the cymbal (I am such a fantastic cymbal player, it's my finest instrument) I also played harp, piano, and two whistles on the track -- my sister played violin and cello. The whistles completely took over the track when I expected it to be more piano driven, but heh, that's what whistles do.

My brother on his guitar and me on the Sharpie guitar also recorded another track which will appear at a different time. And Matt the sound guy did engineering wizardry.


Five hours after we started, we had two tracks completed. And within thirty minutes of getting home, we were watching the trailer with the music.


And . . . I guess that is the story of the Linger trailer! Did I leave anything out? A lot of swearing, probably. And tea. There was a lot of tea. Still took less work than writing the novel. 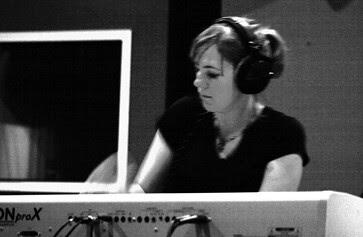 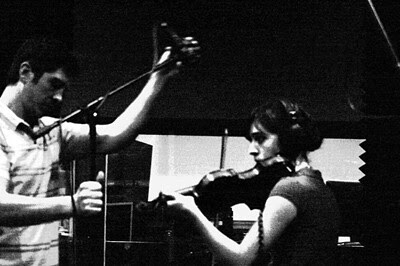 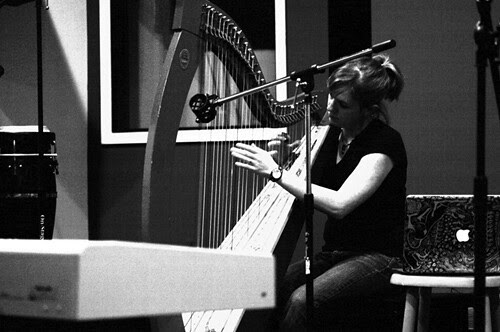 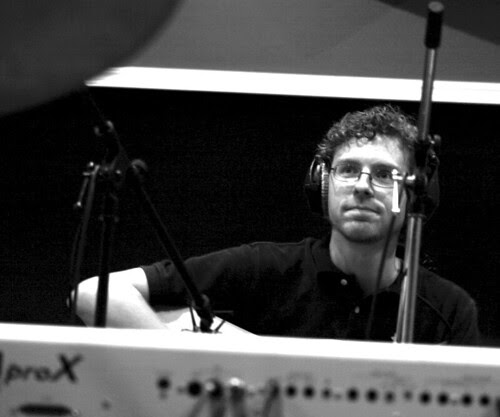 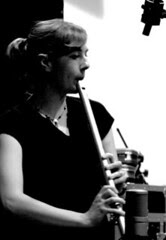 Posted by Maggie Stiefvater at 8:23 AM

You guys are so the American Corrs!

The result was SPECTACULAR, Maggie! Congrats on your success! Um...can I just say, I WANT LINGER NOW!?! Not after the next 72 days have passed! ;)

And man, I have to say, july 20th seems incredibly far and incredibly close all at once.

I cannot wait to hear the other track you lot recorded. I find myself wanting a copy of the music from your trailers - any chance that will be made available?

Yes indeed, Ariadne! The music from the other trailer is already available here. And this one will go up in July!

You look so focused in the pictures, and I can see why. The final music--and the overall trailer--was amazing. I can't wait to read Linger, and fingers crossed that I win the Linger ARC prize! Have a good day!

are you gonna make another book after linger? i thought shiver and linger were awesome books

I love your book its fantasicc exciting you are perfect ...I am from cyprus thank youu Maggie <3 <3