Weirdly, it has now suddenly only days away until THE SCORPIO RACES comes out. I remember back when it was still SecretNovel. So. October 18th. (well, October 20th, if you're coming to the release party in D.C.). Rumor has it is has already appeared in some readers' hands.

I'm not thinking about that. I'm so very ulcer-free right now. I mean, I've already waxed poetic about how this is my favorite novel of everything that I've ever written. And I've already talked a little bit about how I spent an obsessive amount of time on the research for this novel. (CUE THE SLIDESHOW OF ENDLESS CLIFFS). But now it is time to share recipes.

I’ve always loved reading food descriptions in books, and one of my favorite agonizing pleasures was reading about foods that didn’t exist. I still remember the 42 century butter pies on a stick that Diana Wynne Jones wrote about in A Tale of Time City. Completely delicious sounding. Completely not real. I always wanted to be that author. The one that torments loads of readers by inventing food so delicious they can't resist it . . . and then laughing meanly when they realize it's not real.

And I had the perfect opening in THE SCORPIO RACES. It's set on a tiny, remote island with not much to do and the yearly Scorpio Races are a big deal, so to kick it all off they have a folk festival involving bonfires, superstitions, and beer. This, I thought, would be a great place to insert a fake seasonal food. At first, all I had was the name: November Cakes. Even I wasn't quite sure how these things would bake up until the main character's brother showed them to us:

Finn finds my left hand, opens my fingers, and puts a November cake in my palm. It oozes honey and butter, rivulets of the creamy frosting joining the honey in the pit of my hand. It begs to be licked.

Of course, as with all food descriptions in my novels, I quickly warmed to my mission and proceeded to fill the pages of the book with more things about "the moist crumb, the nectar that seeps from the base of it, the icing that soaks into the cake before you can lick it off." Oh, yes, now we were getting somewhere. My legacy as a fake food writer was beginning to look more promising.

There was only one problem. Something about this book demanded that I put my hands on everything in it I possibly could. I had to do an incredible amount of hands-on research for it, because I just couldn't stand to wing anything. And this exact same principle meant that I found myself in the kitchen spending hours trying to make November Cakes. 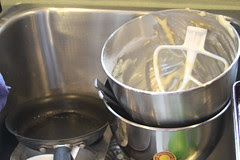 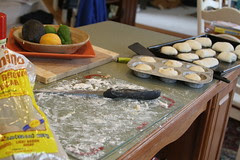 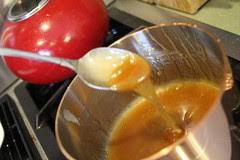 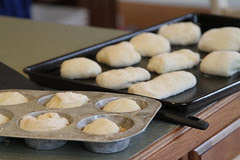 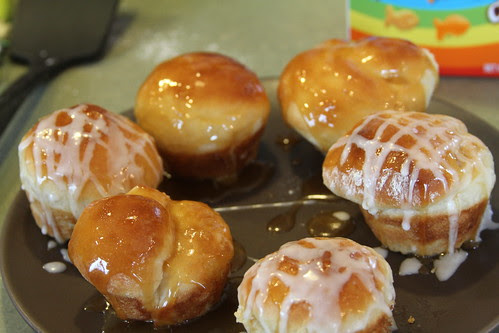 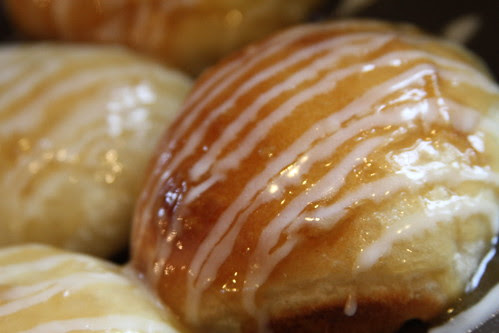 Basically, I've failed in my quest to invent a lovely fake food. Because I'm sad to report that November Cakes are no longer fake. Nothing can be fictional if there's a recipe:


*dedicated blog/ twitter/ facebook followers might remember when I was asking about Golden Syrup. This was the recipe I was thinking of. You can use it instead of honey.
** click to make the image better. I mean, bigger.