Just this week, NPR asked me to share my top 5 YA of 2012 (it proved extraordinarily complicated, actually, to classify my 2012 reading that way — I read quite a lot in 2012, but not all of it YA, and of that YA, certainly not all of it was published in 2012, and the stuff that WAS published in 2012 I had in many cases read in advanced reader copy form in 2011 and so does that make it eligible for the list and also what am I to make of these crossover titles that are being sold as both YA and adult, do they count, and also, have I really exhausted my supply of cookie dough?). In addition to the list, they asked me to come in to the DC studio and talk about my absolute favorite YA of the year. You can find the list here, and the audio as well. I want to say something about the YA-dissing in the comments there, but I probably won't, because I'm too civil and the entire thing makes me feel weary and lofty.

So, I mention the trip to the studio because of something that happened on the way back. Where "something" means "foreshadowing." I drove Loki to the studio. This is unsurprising. For starters, it's my business car, all official with the IRS and whatnot, and so I'm supposed to use it for all businessy things so I can deduct my not inconsiderable fuel expenses.* And for finishers, I'm quite vain about cars in a way that I'm not about clothing, and I think Loki flatters me, especially my left side.

*Loki could never be construed as a fuel-efficient, environmentally friendly vehicle. Well, there is one case in which it would count, which we shall discuss presently.

Anyway, I did the studio bit and headed out of DC. It was all ghostly and quiet because of the impending holiday. And on I-66, Loki sort of went went "hockhock." Actually, in the words of James Herriot, “Well, tell me, do you mean two hocks or one hock-hock?"

But nothing else came of it. I figured it was a spot of indigestion or bad fuel. Fast forward to the next morning. Time was of the essence as Lover and the Things and I were due to drive to Pennsylvania for holiday mirth. Quick as an assassin, I darted to FedEx to hurriedly pick up a delayed Christmas package. Of course, this happened: 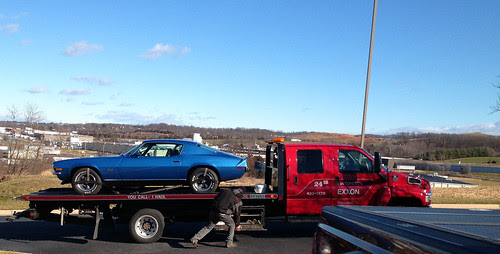 If you like, you can add sound effects to this scene. You'll need a chorus of FedEx warehouse men hooting appreciatively from one of the warehouse bays, and a few FedEx customers saying things like "this is why I drive a Ford." Mechanical fuel pump, by the way, if you were wondering. I'm sure you were. That's the official term. The unofficial term is "broken."**

**Otherwise known as the only time Loki is considered a fuel-efficient, environmentally friendly car.

Anyway, I mention all this because readers of the Raven Cycle should know that every time Loki leaves me by the side of the road in real life, I write a scene where the Pig leaves Gansey in the lurch. That is all.

And now, without further ado, my complete list of favorite books I read this year.

1. The Secret History, by Donna Tart. I picked this book up reluctantly. Loads of people were reading The Raven Boys and saying it had the same vibe as this novel. Normally what happens in these situations is that I read the book in question and then feel sulky and deeply misunderstood. But not so with The Secret History. Instead I felt pink and flattered. Full thoughts here.

2. Code Name Verity, by Elizabeth Wein. I know if I tell you this is about a girl being tortured in World War II France, you won't want to read it. But I'm telling you to read it anyway. I tell you more here.

3. The Lock Artist, by Steve Hamilton. A pretty perfectly constructed little thriller. That sounds condescending, but it's not. It takes ever so much talent to write a book that is read so easily. More here.

4. Where Things Come Back, by John Corey Whaley. This book and I had a rocky start, as I wanted a book about helicopters, guns, and magic, and this book is about woodpeckers, missing boys, and missionaries. But I still loved it.

5. Mr. Chartwell, by Rebecca Hunt. Remember that one time I told you to read a book about a girl being interrogated during World War II? Now I'm telling you to read this book about Winston Churchill's depression. It's a big black dog. And it's here to stay. Read it.

6. Endangered, by Eliot Schrefer. I talk about this one a lot on NPR, but I'm going to direct you to where I talk about it even more on Goodreads.

7. Purity, by Jackson Pearce. I feel weird writing about this book because Jackson Pearce sometimes comes to my house and drinks my coffee and I know she reads my blog. So I won't write about it here. I'll instead talk about it on NPR. SHE'LL NEVER SEE THAT.

8. Seraphina, by Rachel Hartman. I only just finished reading this one and haven't had time to do a proper blog post about it. It's dragons, but wait! they're awesome. More about it on NPR, too.

9. The Lover's Dictionary, by David Levithan. I know everyone is talking about David's Every Day this year, but Lover and I both enjoyed this short novel of his — a story told in dictionary form. It sounds gimmicky, but I thought the story was astonishingly true feeling.

10. chapter 8 of The Amazing Adventures of Kavalier & Clay, by Michael Chabon. This book in its entirety was hit or miss for me, but that chapter. Best chapter of any chapter ever. That is all.

I am in arrears on blog posts. I realized I had never posted about my tour, although I took a billionty photographs. If it is true that a photo is worth one thousand words, here are 22,000 words about my Raven Boys tour.


First, the airport. Signage is important, always, at airports. 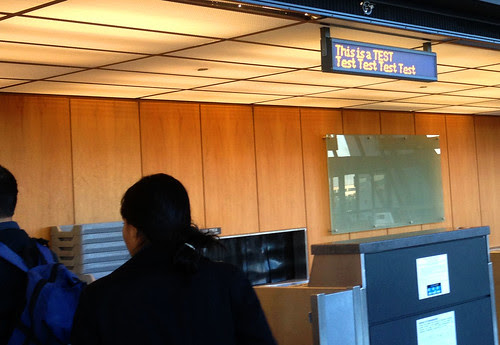 While in NYC, I had to recreate my first Sharpie guitar so that I'd have one to give away both in New Jersey and in Toronto. Some quick hotel Sharpie-ing . . . 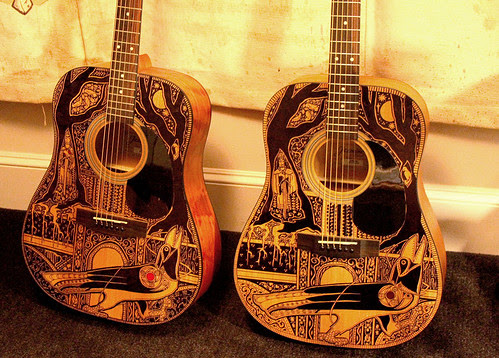 At one point, housekeeping came into the hotel room.
HOUSEKEEPING: Those guitars are lovely! Are they yours?
ME: Who . . . who else's would they be?
HOUSEKEEPING: Some of the guests here have guitars provided in their rooms for them.


WHY DID I NOT HAVE A GUITAR PROVIDED TO ME?


I had an impressive view from my guitar-providing hotel: I could see both up the Empire State Building and directly into a very expensive apartment across the street. I spent hours creepily watching the beautiful couple who lived within, enjoying the world's sketchiest soap opera. Look at him! He's tying a skinny tie in front of that antique mirror! Look at her! She's beautifully reading a book on her white canvas couch! 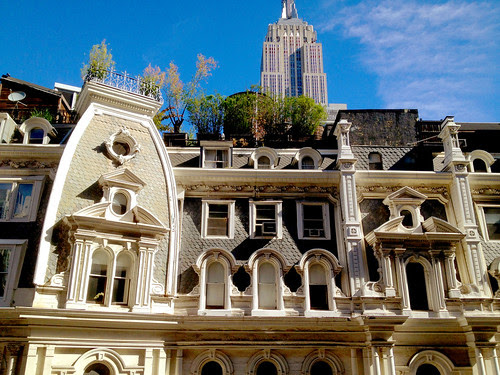 Don't judge me. I took a photo of their orchid for you. With a giant telescoping lens. 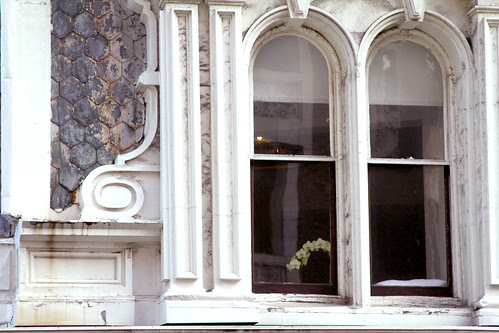 
No, I don't. That's why there are curtains in this world and the next.


After NYC, there was some New Englandy stuff. I have some pretty definite ideas about many of Connecticut's residents. Connecticut did little to argue with me. 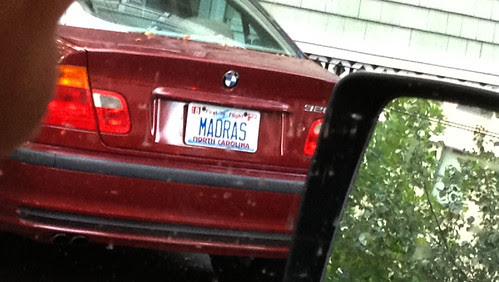 From New England, it was down to DC for the National Book Festival. I was put up in a horror film set: 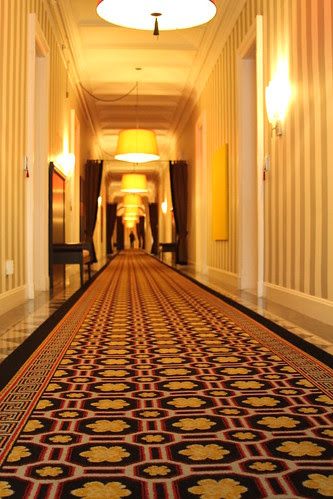 And the next morning a national monument grew out of my head.

I saw this in DC, too. What's everyone else's excuse?

I then jumped on a plane for Toronto. I have no idea why this is the only photo I have from Canada. 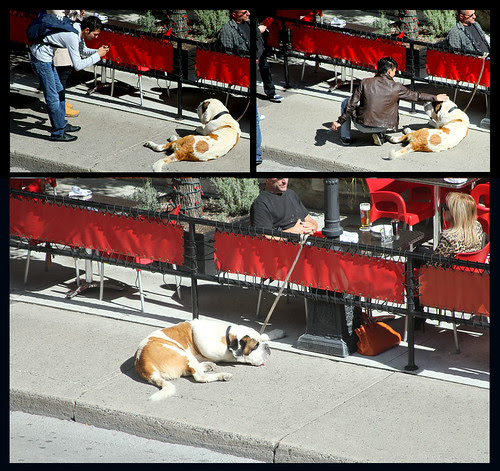 My next stop was Traverse City, Michigan. A reader begged me to visit her guitar shop, Zamar Guitar, which I duly did, hoping for a big, Oprah-esque surprise appearance. In actuality, the man behind the counter professed ignorance of not only me, but also her, and possibly guitars in general. It was all very anticlimactic. But I took a photo as proof. 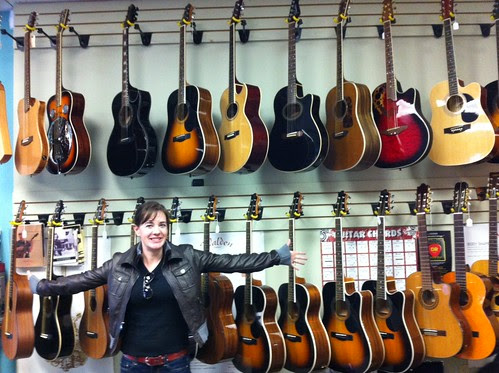 Then it was to Naperville, IL.


I . . . I don't know what's wrong with me. This seemed like a really good idea to Becky and I at the time. 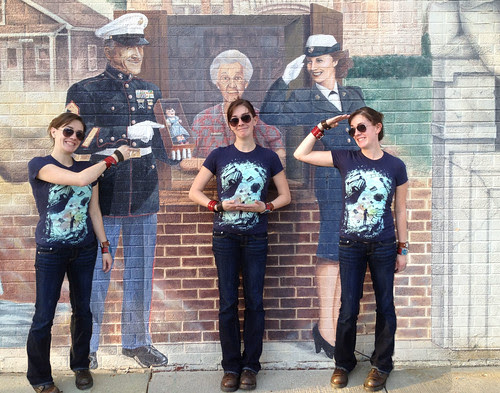 Working my way west, I hit Denver and then ditched my rental car to drive to Salt Lake City. There was no mistaking the state line between Colorado and Utah. That asphalt line is a thing of precision beauty. 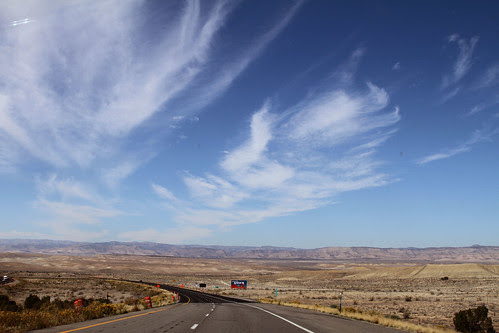 Probably I can't really explain how stunning Utah was. 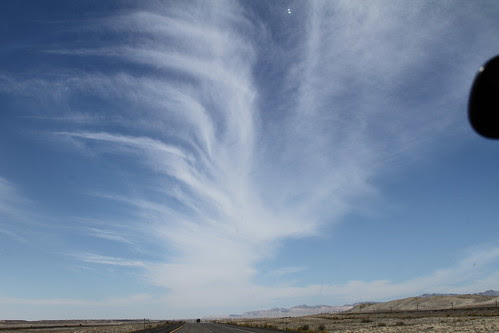 And how NOT-EAST-COAST it was. It really felt like I'd traveled to a different country.

Lover flew out to join me in California, where I took him to see the redwoods at Muir Woods. These trees > other trees. 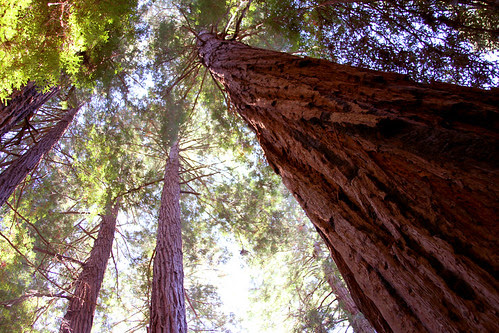 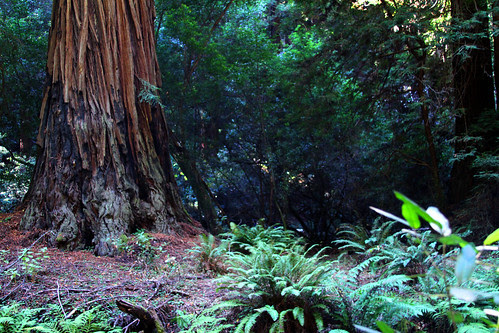 And I stood inside a tree, like they all did in THE RAVEN BOYS (although I had no visions, other than that of a cedar closet, which is what it smelled like). 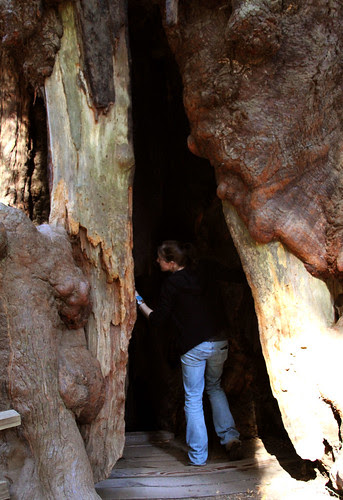 I finished up the year in Las Vegas, where Scholastic rented me a red convertible Camaro for my birthday, and I escaped into the wilderness. 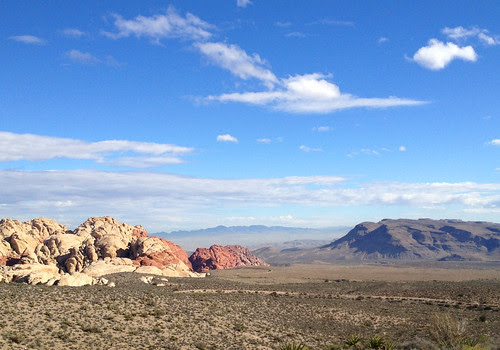 Here is a photo of my editor David Levithan taking a photo. 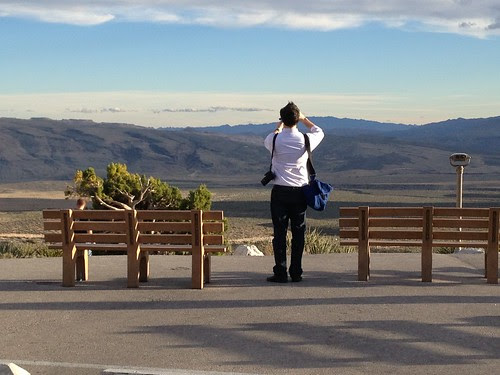 And here are more beautiful things. 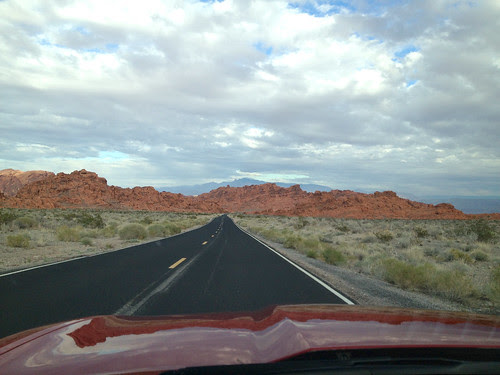 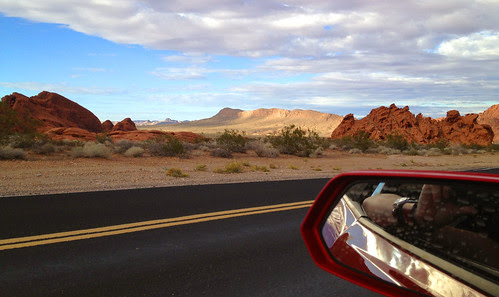