In Which Readers Become Hooligans (Briefly)

Do you remember that one time I spray-painted my car for The Dream Thieves video? 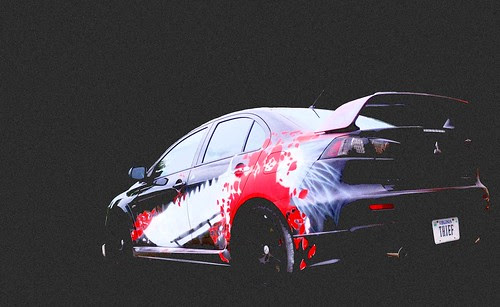 At my Kansas City launch event for the book last night, I let readers spray-paint it, too. Here's what happened.

P.S. A huge, huge thanks to everyone who has supported the book on its first day.
Posted by Maggie Stiefvater at 9:08 AM 3 comments

In Which Maggie Writes a Book about Cole & Isabel

I'm just going to say the facts right upfront: I have written a companion book to the SHIVER trilogy, and it's called SINNER, and it's a standalone, and it's coming out July of 2014, and it follows Cole and Isabel's lives in Los Angeles. It's the novel I've been calling WhitePantsNovel. (more here)

It took pretty much in me to not tell the world what I was working on, because I have to admit: after the complicated and lengthy writing process for The Dream Thieves, SINNER was like a vacation. It was fantastic to be back in Cole and Isabel's heads. Readers had pointed out that their story wasn't ended — a fact I was well aware of — but I didn't want to return to them unless I a very specific story that I needed to tell. It has to eat my arms, a story, in order to gain admittance to the cluttered Stiefvater schedule.

At the beginning of the year, it started to eat my arms. I thought: am I really doing this? Surely not. I'm in the middle of a very time-consuming series, and also, I just agreed to write a middle grade group project. But the thing about Maggies is that there is a very fine line between think and do. By the time something I've said something out loud, there's no turning back. So I changed my summer plans. I flew to L.A. to look at research places (dragging along my family and Brenna Yovanoff and Jackson Pearce as well). 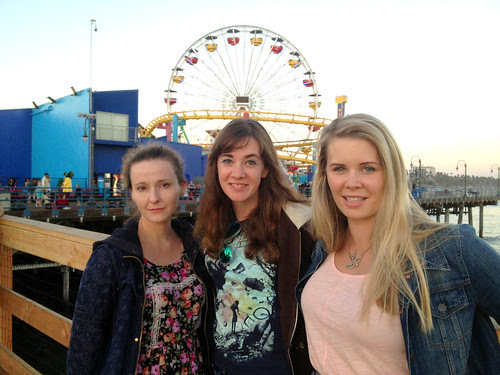 See that face? That is insanity-face. I took in some sights and sounds and smells and got to work. 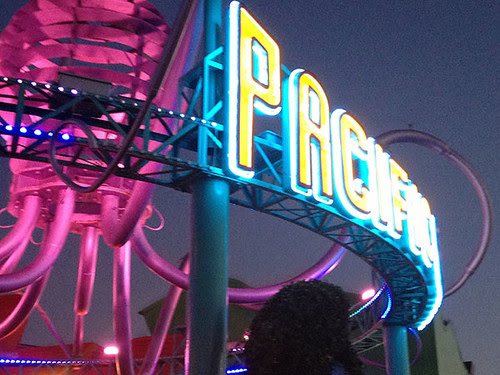 I made a giant playlist.

I remembered that once upon a time, I wrote books with kissing scenes.

I remembered that once upon a time, Cole St. Clair had been a rock star.

Here is the official description: About Sinner Sinner (978-0-545-65457-9, $18.99, hardcover; 978-0-545-65458-6, $18.99, ebook; Ages 14 and up) follows Cole St. Clair, a pivotal character from the #1 New York Times bestselling Shiver Trilogy. Everybody thinks they know Cole’s story. Stardom. Addiction. Downfall. Disappearance. But only a few people know Cole’s darkest secret – his ability to shift into a wolf. One of these people is Isabel. At one point, they may have even loved each other. But that feels like a lifetime ago. Now Cole is back. Back in the spotlight. Back in the danger zone. Back in Isabel’s life. Can this sinner be saved?
Posted by Maggie Stiefvater at 9:51 AM 1 comments